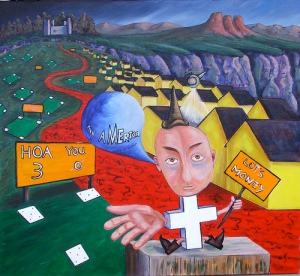 The preaching of Jesus explained that a loving God has entered our sinful world to bring spiritual hope and life to all humankind. It was a simple message that remains profound when we understand how Jesus breaches the disparity between our woeful, lost state and God’s lofty, holy nature. Now Christ commands believers to proclaim his good news so that we all can be saved from eternal death and embark on a journey of sanctification that results in our enjoyment of God and everlasting freedom in his service.

With such a controversial message in his day, we can doubt that Jesus had much need to insist on the handling of his message. He died for it and so did the apostles. Only serious, sold-out persons would dare confess him, much less preach in his name. But today, amidst social pressures and conflicting interests, there may be the need for his further instruction.

It is not hard to flip television channels and walk through stores and grow increasingly concerned about Christian wares and media. I am often turned off by much of it and understand how wanton it could appear to the non-Christian community. Let me come clean, too: Christian media has been a formative part of my Christian life and remains a support to me, although in a minor way. Still, I have deep concerns about a Christian commodity that seems to have taken root in the church.

Nothing is important in the world system if it doesn’t channel market forces. Stated another way—what is important is what can be understood in capitalistic terms. With the advent of radio and television and now nanotechnologies, a dilemma arises as it relates to the gospel message: 1) Should the church use the media as a platform for spreading its message only to 2) allow the message to be molded by market pressures? Mass media has developed more in one century than it ever existed in the history of the world, and it has been a marvelous opportunity for the gospel of Jesus Christ. But the medium has in some ways become the message and is producing a certain brand of Christianity that threatens to diminish the true message.

Although a conterminous existence of gospel and media does not automatically indicate a weakening of the message of Christ, media unquestionably magnifies its subject. Thus, Christian media (spokesperson, presentation, and all) will be for many their first impression of all-things-Jesus and, for some, their last. I recall discussions in seminary about Christ’s expectations for his church after his departure, such as whether he expected the global reach of his message and if he intended to start an organized faith system as the Christianity has become. If he were to now return to the American religious scene, I cannot be sure that he wouldn’t walk through our church bookstores and conference boutiques and overturn tables as he did in the temple marketplace, decrying our houses of worship-turned-dens of thieves.

I say this because, to some degree, the American church—with its misinformed notion of being the embodiment of ideal Christian spirituality—has succumbed to media conformation and capitalistic trivialization. A once powerful voice for Christ is becoming an ignored one in the milieu of televangelism, megachurch superstardom, book deals, conferences, salacious teaching, and gimmickry. These things have sometimes caused us to lose sight of purpose and led us to catering our conviction.

We must focus again on the message of Christ, always potent and viable, and question where the line is drawn that signals a loss of efficacy. We must be clear about who is served by what we do: God’s kingdom or our own? We must also examine the gifts we endeavor to offer God. Having large ministries and books and TV programs is fine, but why do we have them and why do we view such as the ideal? Our gifts to God can sometimes assume what he may not desire and only exist to satisfy our wants.

I would never criticize what God is actually doing among his people. Some churches will grow large and have a global reach; not all will. But it is not for us to exaggerate God’s ministry. God’s ministry. If he is truly growing a ministry, growth may be in numbers or scope or effectiveness, but it will first always be in the lives of the people. The rest is peripheral. Satan took Jesus up a mountain and showed him all the kingdoms of the earth and told him that he would give him everything he saw, if Jesus would only bow down and worship him. May it never be that Christ’s church falls to its knees.

One thought on “The Christian Brand”