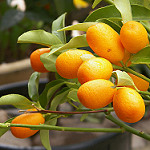 Scripture extensively references fruit. Its significance generally ranges from harvested crops to progeny to quality of character. But I wish to draw attention to an important aspect of fruit that the Bible doesn’t highlight and perhaps assumes readers’ understanding. People living in first century agrarian society would have easily made the connection.

First: some science on how and why fruit develops. It begins when a plant is pollinated, maybe by an insect or the wind. Once pollen, produced by the male anther, has landed on the female stigma, it forms a long pollen tube that bores down to the plant’s ovary that stores ovules (eggs). Only then does the pollen release its sperm that journeys along the tube to the ovules where fertilization occurs.

Once fertilization happens, the ovules develop into seeds and the entire ovary becomes what you and I eat—fruit—which may be soft and fleshy, like an orange, or hard and dry, like nuts.

Whereas the purpose of a flower’s petals is to attract pollen carriers, the purpose of the fruit is to bear seeds and attract eaters that will disperse the seeds. The goal: reproduction of the plant since it cannot live forever.

The context of most biblical references to fruit, especially in the New Testament, concerns the nature and results of our actions. For instance, Matthew 7:18, 20: “A good tree cannot bear bad fruit, and a bad tree cannot bear good fruit…thus, by their fruit you will recognize them.” The intent of this symbolism seems to be 1) the end result of our habits (Gal. 5:22; Eph. 5:9) or 2) our lasting interaction and participation in one another’s spiritual bounty (John 15:16; Ph. 4:17).

I’d like to approach fruit, however, from a botanist’s angle that I think very much coheres with Scripture. Consider what I’ve already explained and this passage: “Then God said, ‘Let the land produce vegetation: seed-bearing plants and trees on the land that bear fruit with seed in it, according to their various kinds’. And it was so” (Gen. 1:11).

A biologist will tell you that the primary purpose of life is to sustain itself, and that happens by reproduction. From the beginning, we see, God designed the seed model for all life, including human life.

Hopefully, when we speak of fruit it begs the question of why fruit, which is what often kept me frustrated listening to sermons where good fruit was the summum bonum of the spiritual life. But if we stop there, then we justify ourselves simply being one-dimensional spiritual consumers with no reference to the global spiritual community and the dynamic interaction that occurs within it.

I suggest that fruit is a highly compelling symbol that depicts a layered and cyclical spiritual phenomenon. 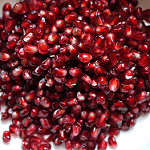 God did not design fruit to be the end result of a plant. Consider how we deem fruit: as a “perishable” because microorganisms secrete enzymes that cause it to quickly decompose—to what effect? Getting the seeds out. The seeds (Greek: sperma) contain the genetic code for rebuilding the plant and are of no use inside the fruit.

And Jesus is emphatic in his sower parable about what the seed represents: “The farmer sows the word” (Mark 4:14).

When we can view spiritual fruit and the seed it bears within the larger context of discipleship, spanning the gamut of one being converted to converting others and believers flourishing in goodwill, spiritual discipline, dynamic worship, and cogent relevance in the society, we will gain a new appreciation for godly fruit and grasp Paul’s marvelous unified complexity achieving a singular goal explained in Eph. 4, speaking of the ministry gifts:

To equip his people for works of service, so that the body of Christ may be built up until we all reach unity in the faith and in the knowledge of the Son of God and become mature, attaining to the whole measure of the fullness of Christ…we will grow to become in every respect the mature body of him who is the head, that is, Christ (vs. 12-13, 15).

And what has he described? Fruit and seed that are continually and exponentially reproducing Christ in his people and in the world around them.