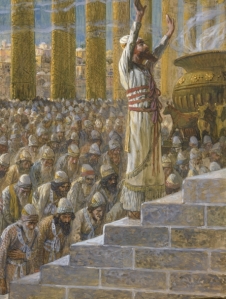 “Therefore the Law has become our tutor to lead us to Christ, so that we may be justified by faith.” (Gal. 3:24)

A major purpose of the Law of Moses was to expose sin (Rom. 3:20). The law itself, however, was not evil or bad for this reason or because it resulted in condemnation and death. Rather, Paul calls it “holy” and “good” (Rom. 7:12-13) because it accomplished God’s purpose in the plan of salvation until it was completed in Christ.

An instructive, long-term secondary purpose of the law was to prepare people’s hearts for righteousness by training them in God’s requirements.

The Faith of Old Testament Believers

I find it important to stop and consider the piety of those who lived under the Law of Moses. Christians perceive Old Testament worshipers as possessing an inferior devotion than theirs because they knew nothing of Jesus. Or, we presume they didn’t understand righteousness by faith, which couldn’t be true since the cornerstone of Judaism is Abraham’s righteousness by his faith in the promise God made to him (Gen. 17) that, subsequently, has become all our faith.

Not knowing Christ or the full revelation of salvation does not dismiss their piety or render it disingenuous. These people lived by faith in God’s promise their whole lives, although they never realized it (Heb. 11:13). Yet God mercifully provided them his law by which they could discern his holiness and their own sinfulness until grace should appear in Christ (Gal. 3:15-22).

The law was a precursor to salvation—a mere bicycle for those God was preparing for motocross one day. And although one could never be justified by the law (Gal. 5:4), it was very valuable for instructing the Israelites about God’s moral character (e.g., the Decalogue).

Nevertheless, Paul says, “The law, introduced 430 years later, does not set aside the covenant previously established by God and thus do away with the promise” (Gal. 3:17). Jehovah was strongly central to Hebrew practice and his promise to Abraham was its foundation. The people’s worship and faith were never inhibited but encouraged. This is unavoidable in the Prophets.

Jesus dispels the later Pharisaical notion that God required his Chosen to meticulously subscribe to the 613 statues. How symbolic that is: God sits high in his Heaven and we must climb the rungs to reach him. Yet when we miss one or snap one off, or just tire, we plummet to our deaths. So in breaking one rule, we indeed break them all (James 2:10).

Instead, Christ’s work achieves propitiation and righteousness for all believers, past and present, because it is based on God’s promise, not rules; it is confirmed by faith, not merit. Real devotion…genuine salvation is just that: receiving the promise by faith.